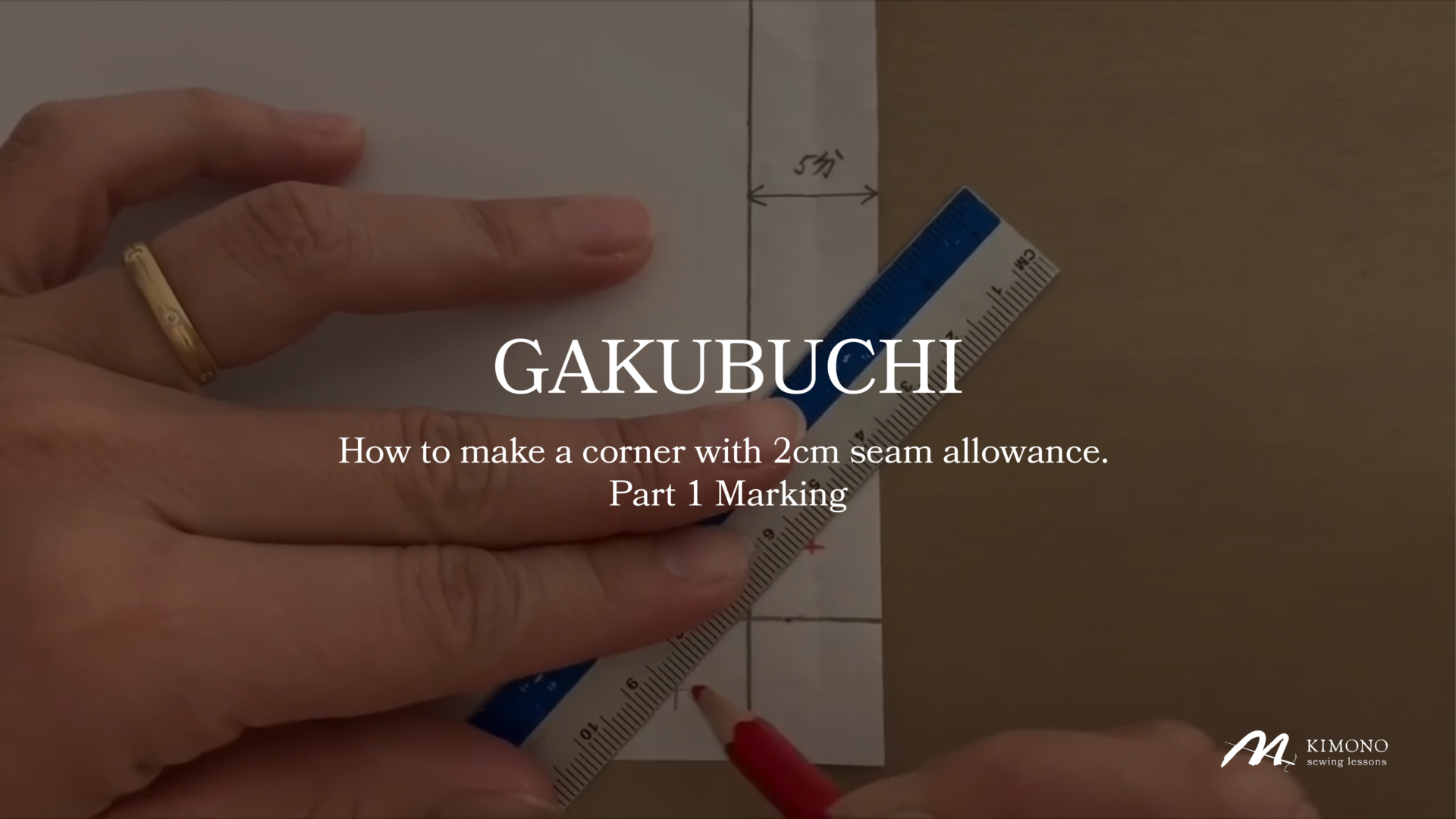 This is a sewing method called ” Gakubuchi ” used when sewing hitoe-kimonos and yukata.
This is how the seam allowance at the tip of the Okumi (Tsumasaki : the corner) is handled.
Here, I will show you in detail how to mark a 2cm hem seam allowance and a 2cm Tsuma-shita seam allowance.

Video: Gakubuchi – How to make a corner. Part1

Fold the hem seam allowance in three and mark it.

Fold the Tsuma-shita seam allowance in the same way and mark it.

Spread out the seam allowance of the hem and the Tsuma-shita, and mark the folds and crosses when folded in thirds.
The photo below shows two red crosses.

Fold inside out as shown in the photo below.
Pin the corner of the gakubuchi, aligning the red crosses and pinning them together.
Sew a backstitch and forth between the pins and turn the fabric inside out to complete the Gakubuchi.

Stitch the red line in the photo above with a backstitch.The cloth has a visible backing.

After sewing, open the seam allowance.

Open seam allowance, turn the cloth inside out.

Gakubuchi can be made with the same marking as the method shown here.
If the amount of seam allowance is different, the angle of the red line in the sixth picture will be steeper, but it can be made without problems.

I have introduced the case where the hem and the Tsuma-Shita seam allowance are the same width.
In order to make a nicely gakubuchi, it is important to mark exactly.
If you are conscious of the thickness of the line used to make the mark, you will be able to make a more precise Gakubuchi.

We are a online kimono sewing school that wishes to share the joy of sewing with people around the world.